Larry Grace is a both a professional and avid aviation photographer.  In fact, he is leaving on his annual trek to Osh Kosh, Wisconsin for the world famous airshow there next week. Below is one of Larry’s fine images: 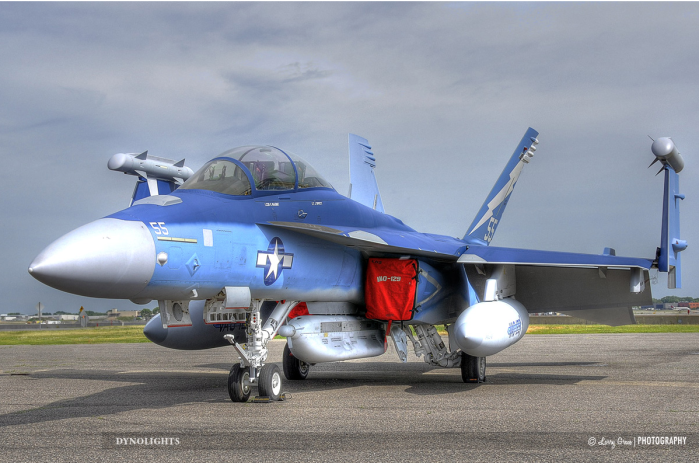 The EA-18G Growler is a variant of the combat-proven F/A-18F Super Hornet Block II, and conducts airborne electronic attack missions. The EA-18G’s vast array of sensors and weapons provides the warfighter with a lethal and survivable weapon system to counter current and emerging threats.

The E/A-18G is the Navy’s replacement for the EA-6B Airborne Electronic Attack aircraft and represents an entirely new way of looking at legacy aircraft replacement.

The US Navy is celebrating its 100th anniversary of naval aviation this year, and to commemorate that event, they have painted an entire fleet of Centennial aircraft. These were revealed to the public at the Centennial of Naval Aviation Kick Off Air Show at NAS North Island on February 12, 2011.  Electronic Attack Squadron One Two Nine (VAQ-129) “Vikings” have painted one of their EA-18G aircraft  to honor the centennial. The Growler made a visit to MSP Airport  for a quick visit and turn around.